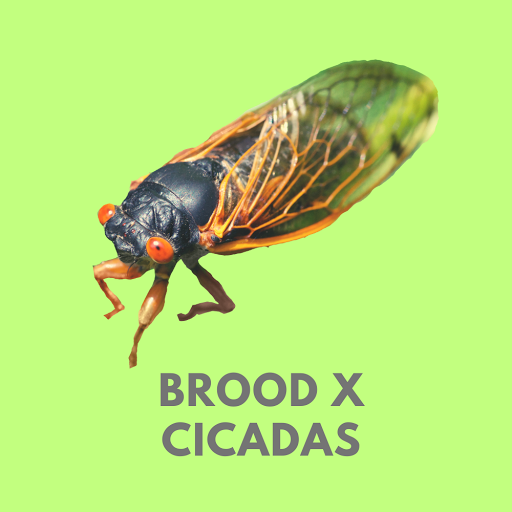 The sound of Spring 2021 is the cicada chorus.

The critters have been so thick in the Washington area they have shown up on Doppler weather radar. Even the president had a close encounter.

Joe Biden brushed a cicada away on June 9 as he was about to board Air Force One for his first foreign trip.

The separate charter flight with dozens of journalists covering the presidential trip was delayed seven hours after cicadas swarmed into a jet engine at Dulles Airport in Virginia. Panic averted: Pizza was ordered. For the humans.

Billions of Brood X – pronounced Brood 10 -- cicadas that spent 17 years underground are out in force in the eastern United States, and they’re doing what comes naturally.

Males woo females with their songs, the louder the better. They mate, the female lays eggs and, having fulfilled their destiny, they die. Their offspring burrow underground and sustain themselves for years sipping sap from roots of trees and grasses.

While entomologists revel in the periodical cicada show, the invasion makes some people anxious. Having critters fly in one’s face and hair can be a buzz kill and their noise intimidating.

“This mating call and response, which sounds to some like the whining of electrical wires rising and falling, can reach over 90 A-weighted decibels or `dBA.’ That is as loud as a lawnmower, motorcycle or tractor!” the National Institute on Deafness and Other Communication Disorders reports on its Noisy Planet blog.

The Noise Research office of the National Institute for Occupational Safety and Health tweeted this cautionary note on June 11: “The loud calls of cicadas are a great reminder that dangerous noise can affect workers on the job and at home. . . #BroodXtraLoud.”

To measure how loud the cicadas are near you, download the NIOSH Sound Level Meter app from the Apple Store.

We had plenty of notice Brood X cicadas were coming, but imagine the shock and awe the first English colonists must have felt when hordes of cicadas suddenly emerged. The colonists lived in a far quieter world than ours. They had never heard the din of cicadas’ love songs – or lawnmowers, motorcycles or tractors, for that matter.

William Bradford, the governor of the Plymouth colony, wrote in his history about what entomologists believe was a periodical cicada appearance in 1633:

“All the month of May, there was such a quantity of a great sort of flyes like for bigness to wasps or bumblebees, which came out of holes in the ground . . . and ate green things and made such a constant yelling noise as made all the woods ring of them, and ready to deaf the hearers.”

Native Americans believed the insects would bring disease, and Bradford wrote that, indeed, the colonists were sick during the hot summer months.

We now know cicadas don’t bite, cause disease or otherwise harm humans, but they can damage young trees, especially fruit trees. Michael J. Raupp, professor emeritus of Entomology at the University of Maryland who is known as The Bug Guy, calls this damage “the dark side of cicadas.”

Soon after mating, females choose a nice soft greenwood twig or branch. The ideal branch is about the size of a pencil. The female makes cuts in the branch and deposits her eggs. These incisions can cause the branches to flag or droop and die.

But there’s no need to reach for the bug spray.

“Pesticides are generally ineffective in keeping cicadas away,” the Environmental Protection Agency says on its website. “Spraying also doesn’t make sense because cicadas are generally harmless. Applying pesticides to control cicadas may harm other organisms, including animals that eat cicadas.”

Experts suggest waiting to prune the branches until after the cicadas leave, which won’t be long. We expect to be free of this group of cicadas around July 4.

But the cicadas will be back.

Just as we couldn’t have anticipated all that’s happened since 2004, we can’t imagine how life will change by 2038 and the cicadas’ next emergence.

So, stay calm, enjoy – or tolerate – the show. The cicadas will carry on.

Posted by Marsha Mercer at 8:59 AM